The Lets Get Physical billboard ad by Miami Dade County highlights two overweight women who are active together to the target market of older women. The apparent value proposition is that if you are active you will be happier and more engaged. It engages the user via women who clearly are well connected and happy. The ads call to action is  exercise 30 minutes per day or visit the website and is expected to "make health happen" for the respondent. I feel the objective in terms of hits to the website was measurable and attainable. Actually getting folks to excercise 30 minutes per day is not measurable and is unlikely to be effected. 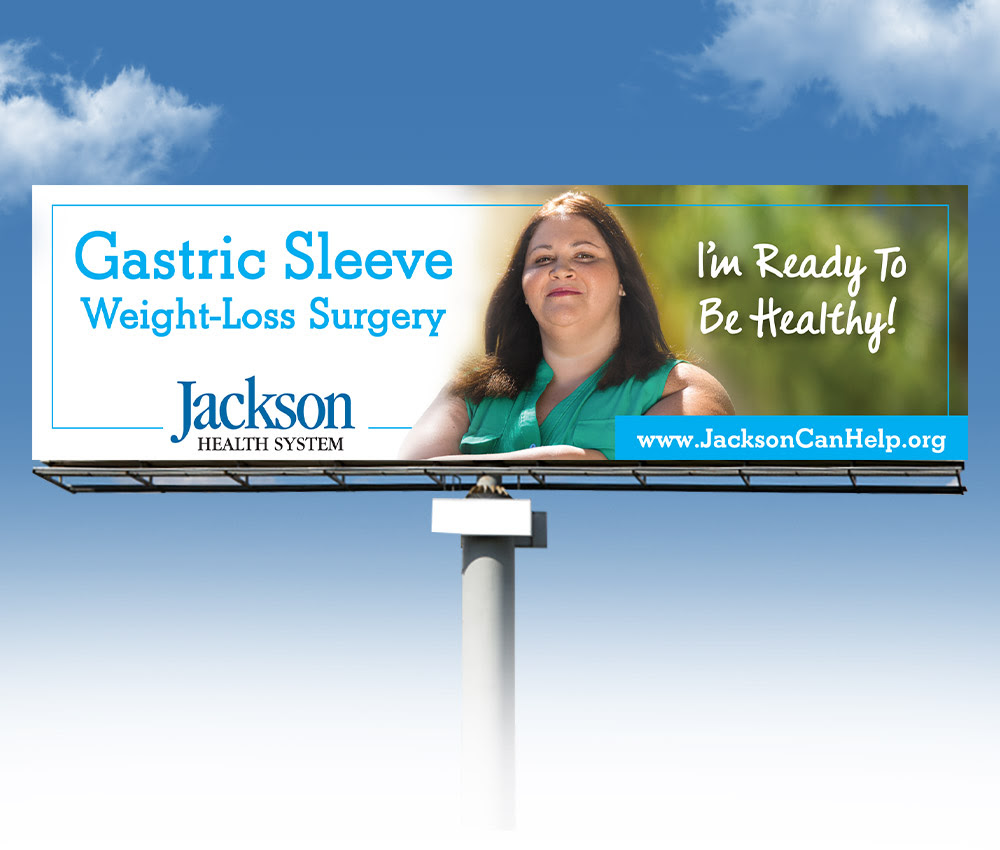 The Gastric Sleeve billboard ad by Jackson Health highlights an overweight women who has a neutral expression (e.g, she doesn't look miserable) to the target market of younger women. The apparent value proposition is that if you surgery and you are overweight/obese you will get healthy. It engages the user via bright colors including her blouse and a green faded background and a perky blue color. The ads call to action is to visit the website to learn more thus "can help". I feel the objective in terms of hits to the website was measurable and attainable. I don't know that driving down the highway is the most opportune time to get someone to remember and hit a website however. So although attainable I doubt it will be all that effective

The Butts Are Gross ad from an anti-smoking billboard campaign in Illinois highlights a pretty ugly cigarette butt alongside the rear end of animals to the target market of young children [due to the the childish nature of the ad and the text]. The apparent value proposition is that if you don't smoke you won't look gross (and thus if you do you will). It engages the user via huge text, atypical images of animals and a big ugly cigarette butt. The ads implied call to action is don't smoke. I feel the objective is both not measurable except via focus groups (and even then would have a lot of biases). Nor do I feel it is attainable since it is really just a variation on "don't do it" and I don't know that children pay a lot of attention to billboards. 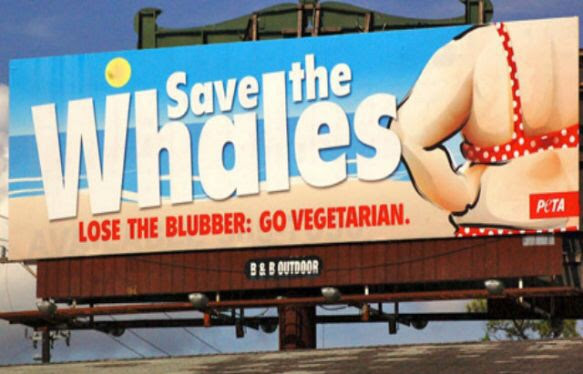 PETA's Save the Whales billboard ad highlights an overweight cartoon of woman on the beach to the target market of folks who eat too much, especially meat (given the "Go Vegetarian" text). The apparent value proposition is that if you change your diet to vegetarian you won't be fat. It engages the user via huge text, a clearly overweight female image, a common theme that generates compassion ("Save the Whales") and a play on the use of  the word "whale" which in this case refers to overweight women. It also uses the word blubber, also typically associated with whales to make the obesity seem disgusting. The ads call to action is to eat vegetarian (in keeping with PETA's core value). I feel the objective is both not measurable except via focus groups. More importantly shaming as a strategy to get people to lose weight, much less change their diet specifically to a vegetarian one has no evidence of success and more importantly defies logic. If anything this will generate PR for PETA because it is so insensitive; in a sense that is probably their goal and really has nothing to do with obesity or actually becoming vegetarian. Most likely the goal is to generate PR that leads to donations from folks who support PETA when the audience expresses disgust with the ad. My guess is even that ploy will fail as being mean to people and demeaning them is rarely a successful strategy. 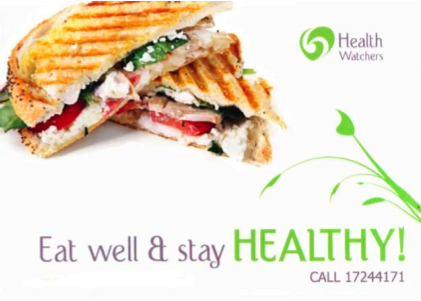 The Health Watchers billboard ad highlights attractive food to an audience of hungry people. The apparent value proposition is that if you eat their food you will be more healthy. It engages the user via green text and images and a atypical sandwich type meal with healthy looking ingredients. It offs a nice contrast to typical fast food images. The ads call to action is eat their food and/or call a tiny number at the bottom. I feel the objective of eating their would be difficult to measure unless this is the only campaign or offer running at the same time (which seems unlikely). Measuring phone calls would be easier since that phone number could specifically to used for just this ad. Depending on the competition the outcome could be attainable. For example if most other food choices were unhealthy then this would stand out.