Entrepreneurs are often told that the founder must struggle with a "control versus wealth" dichotomy. So we ask budding entrepreneurs, "Do you want to become rich or do you want to be in charge?" If the assumption is that the entrepreneur is solely seeking capital appreciation , we may advise the Founder CEO to give up control as fast as possible, if a faster runner comes along you should give the baton to them, right? The more folks rowing your boat the faster it will go. 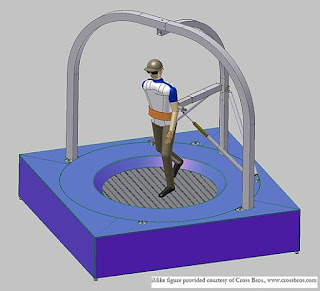 In fact, this is an artificial construct that mirrors the assumption that monetary wealth is the only way to measure value. Many folks decide that because they can't measure it it doesn't exist. Are you captive to that false assumption? If so, then a single yardstick, capital appreciation, can fool you (and prior economists) to determine that that yardstick is sufficient proxy for value.

Craigslist, Wikipedia, Apache, Linux, MySQL, LibreOffice, and Firefox are all enormously valuable yet their success did not translate to capital appreciation.Today's entrepreneurs are not the Robber Barons of old; it is rare that only motivation is money. Most folks have a sense of fairness, ethical behavior, environmental sustainability, equity, and positive impact. At some time these other values will challenge a steadfast emphasis on monetary gain. As one replaces "wealth" with "value" the dichotomy falls apart.

Control and value are not dichotomous. Tight control can yield or destroy value, as can lose control. For example, a lack of control by the founder can generate a lack of value placed on social responsibility and subsequent production of a company with minimal or negative social impact. In fact, that choice may lead to destroying monetary value as well if the customers also value social impact. Do folks really think that one can launch a successful company that sells a product that kills people (e.g., the tobacco industry)?

If the personal definition of value is more nuanced and a non-monetary reason for a desire for control is defined, a simple function won't do. To be fair to the entrepreneur and guide them in the choices they need to make we must develop a more broad definition of the tradeoffs associated with value creation.
The first step is to define the personal value of control.
Alternatively, are you tired and would rather be a spectator than a player?

Value too can vary. All these models of control seeking and avoiding can achieve different types of value.

The control vs. value debate is thus not a battle or a tradeoff, but the start of an internal and external conversation, and an exploration of how the two relate for you. That isn't as simple as a dichotomous model, but our brains are pretty sophisticated. Reducing motivation to two options was inevitably simplistic.
Answer the questions now and write them down. Later when an investor asks you to change your control or the direction of the company, you'll have an answer and a guide for what direction to go. Over time, one's desire for control changes as does what we value. Be prepared to ask the questions again; the answers might not be the same.

To summarize, the vision of an entrepreneur as someone who wants to become fabulously rich or powerful is pervasive. And we expect that to achieve the goal they need to tirelessly work 80+ hours a week and demonstrate to third-party investors on a daily basis that they are willing to forgo everything to make money for them. Instead perhaps entrepreneurs are people with new ideas who want to work with others to launch them. Entrepreneurship in America is actually decreasing, despite all the resources that are available here versus elsewhere in the world. Perhaps in 2017 we should stop focusing on burning out entrepreneurs by locking them into a treadmill assuming that value equals money, and instead focus on capturing their creativity and energy.